Spring onions, along with garlic and ginger, are a staple in Chinese and many other Asian dishes. Here are 10 best spring onion substitutes.

What are spring onions?

Part of the Allium family, springs onions are immature onions that have been harvested before growing to full size. They're so young that the small bulbs haven't had time to grow nor the flavour to develop. Edible both raw and cooked, spring onions taste like a milder, slightly sweeter onion.

Some have a white outer layer over the small bulb at the root end, whilst others have a reddish skin (red spring onions): both types taste the same and can be used interchangeably for flavour. If you give spring onions time, the white bulbs will eventually produce the regular yellow onions (or white onions) that we are all familiar with.

Together with ginger and garlic, spring onions are the "holy trinity" of Chinese cooking. In fact, we love spring onions so much, we have snacks that pretty much just dough and spring onions (scallion pancakes!) Other common Chinese ingredients include dark soy sauce and dried shrimp- click thes link if you need substitutes for those condiments too!

What I have inferred is that the difference is really the age and size of the bulb: spring onions are slightly more mature than green onions/ scallions, and thus the white bulb has grown a little bigger and rounder (about 1 inch in diameter).

Both the white and green parts of spring onions are edible. Typically the white part of green onions are used for cooking (they have a stronger onion flavour) whilst the dark green bit at the top is used more as a topping for food.

However, spring onions are not without their risks- their high Vitamin K content makes them clash with blood thinning medication such as warfarin so do check with your doctor! Moreover they can sometimes be contaminated, so it's important to wash them properly before eating.

Note: this is meant for information only and not meant as dietary, medical or health advice. Please consult a medical professional for more information.

Why are they used?

If you don't have spring onions, coriander would make a good topping here too.

Spring onions are in season all year round and are very easy to grow, either from seed, or from cuttings. If you put the root end into some water, after cutting off the green stalks, it will usually produce a few more shoots for you.

The downside is that spring onions don't last as long as raw onion, even in the fridge. Keep for no more than 4-5 days in a bag with holes in the fridge: the spring onions will go slimy when they're too old! (To be honest, the ones in my photo weren't the freshest and I had to throw out the very top which had gone limp and icky.)

Spring onions are widely available in grocery stores so it shouldn't be an accessibility issue. However, some people are allergic to them, whilst others are on special diets. For example, there are some Buddhist vegetarians that don't eat spring onions, garlics, chives etc

Note: if the dietary restriction is allergy related, some of the spring onions substitutes below may not be suitable- you will need to know exactly which compound the person has a reaction to.

I have seen lists which suggest carrots as cucumbers as substitutes and will leave it to you to decide whether or not these make acceptable replacements for spring onions! As for myself, I'll leave them off this list 🙂 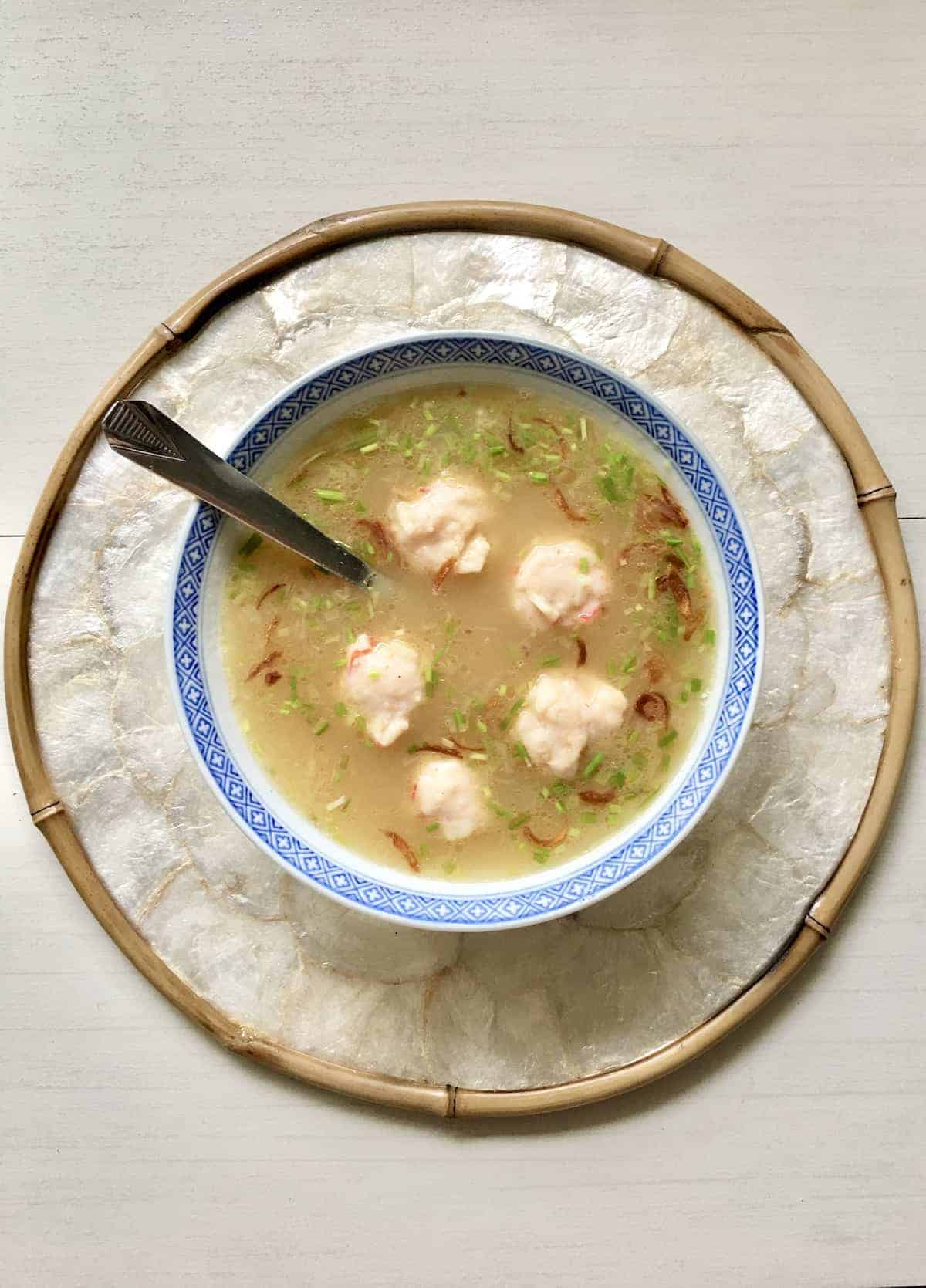 Though spring onion is the usual choice, chives also work well when sprinkled on Chinese soups, such as this vegan wonton one.

These spring onion substitutes are listed from best to worst:

Note: some people like to use green bell peppers in place of green onions- I guess it could provide a similar burst of green in dishes if chopped finely- but it's not a great substitute in my opinion.

What are some of your favorite recipes that call for spring onions?

What are some of your favorite recipes that call for spring onions?

Before you go, you may be interested in these Asian recipes, which would taste and look great garnished with spring onions: